MAD About the Exorcist

MAD Magazine was and still is this country's longest lasting satirical publication. Besides the funny jabs at authority and culture, each issue featured a parody of a contemporary popular film and/or a TV show. A lot of times I recall reading the magazine and never catching the movie... but the satire was darned close to the real deal. 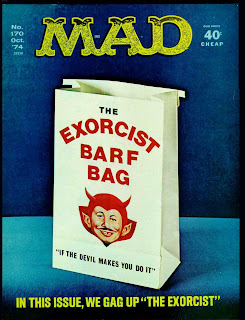 It's not surprising that MAD took a look at The Exorcist. It was the biggest film at the time of its release. Everyone wanted to see it. Let's all take a look at it. By the way, All the editorial material shown here is (c) & TM 2015 MAD Magazine and is only presented here for historical perspective. 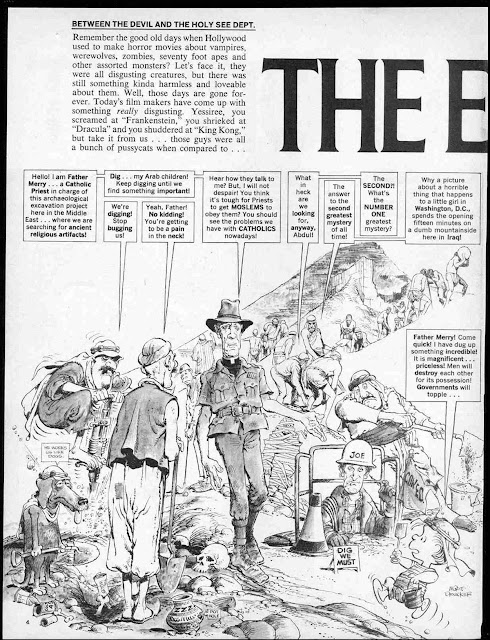 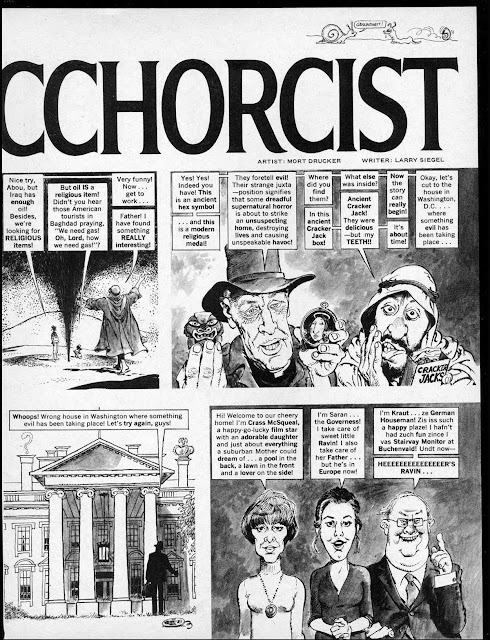 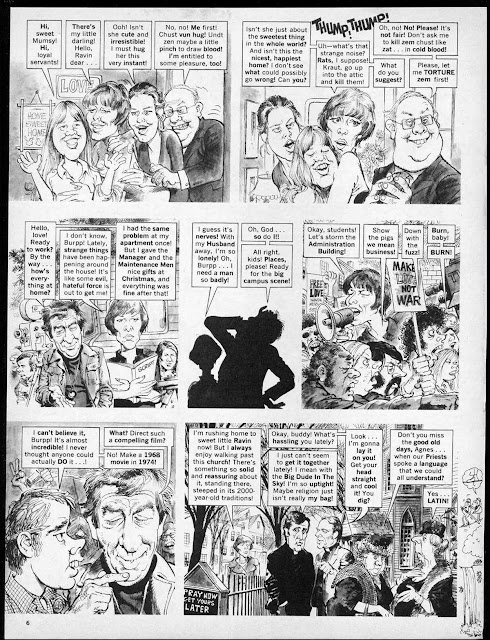 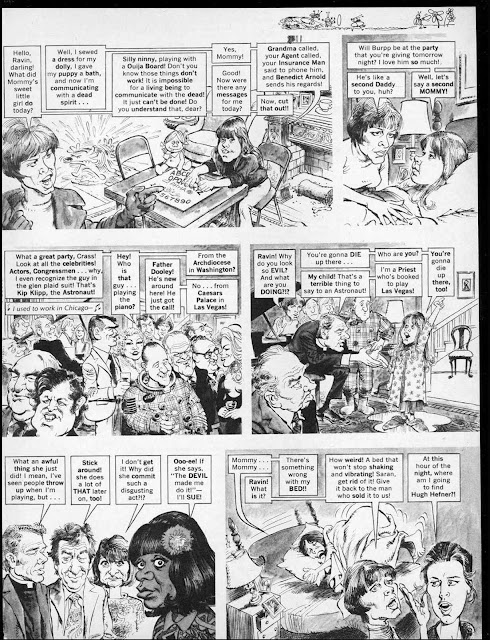 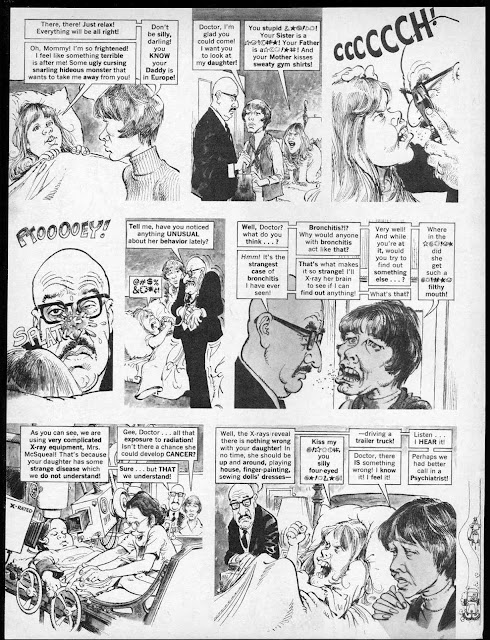 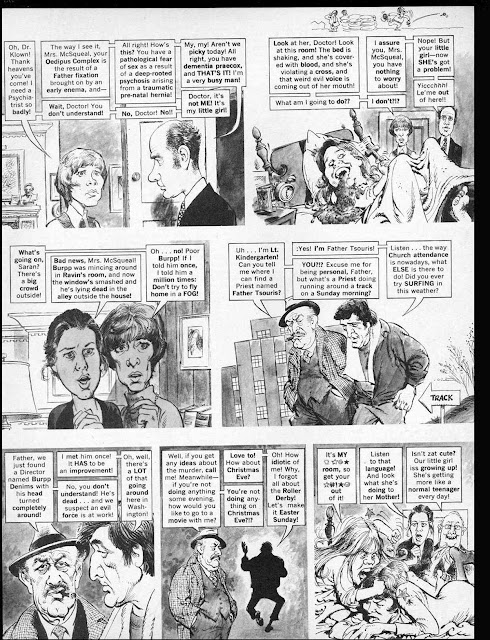 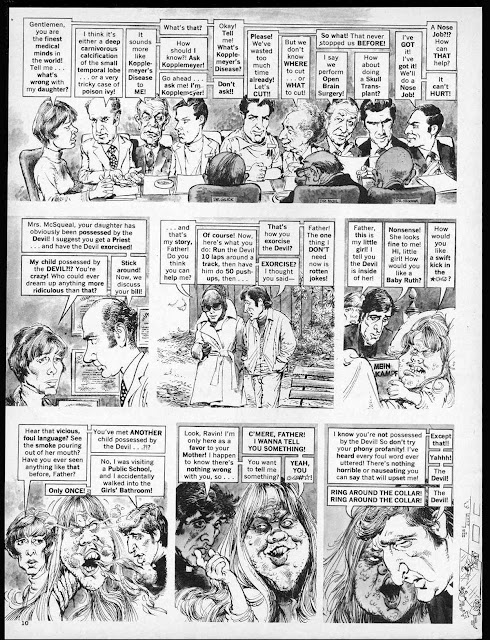 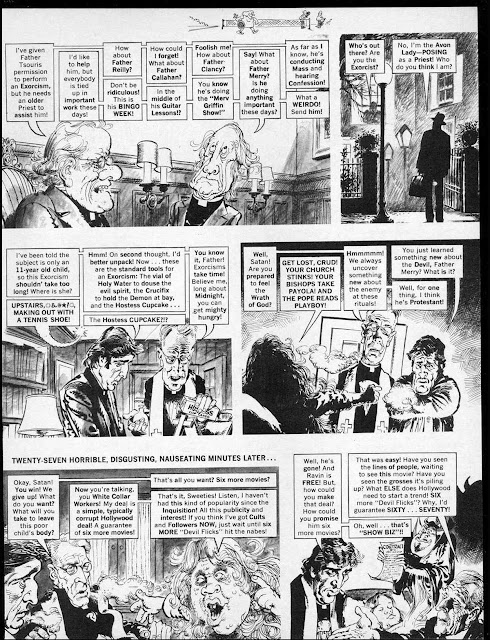